Last year was a test of patience and character. Each and everyone suffered in some way or the other. For some, the situation was so bad and there was
no coming back, for others, the only way out was to endure all the sufferings. The world somehow managed to hang on the fragile thread of hope.
One medium that helped us through testing times is the Over-the-top media (OTT) service. From providing a daily dose of entertainment to keeping our sanity in check, OTT platforms have been the shining light at the end of the tunnel. It is almost impossible to imagine being confined within four-walls without witnessing intriguing plots and associating with complex characters. The year that had to be the release of many series, but couldn’t be due to the pandemic, will now be cherished in 2021. The endless wait finally comes to an end as several series will be available for viewing this year. There is no doubt that this year’s going to be a roller-coaster ride too! Thankfully, the ride will be of plot twists and the changes will be reflected in the lives of the characters on-screen rather than real life.

SEX EDUCATION (SEASON 3):
The much-awaited teenage drama on Netflix is expected to return this year. Self-explanatory
from the title, the show aims at educating youngsters about sex – a topic that most of us aren’t comfortable talking about and the school classrooms aren’t too keen either. The last episode of
the previous season was a cliff-hanger and fans are eager to know how the story unfolds.

STRANGER THINGS (SEASON 4):
Even though the show-makers haven’t put a date to the release of the next instalment, fans are feeding their curiosity by tracking all possible gossip about the fourth season. The show revolves around children-teenagers but draws viewership from all ages. The plot of this sci-fi series promises another creepy psychiatric hospital setting and a lot more twists and turns.

THE FAMILY MAN (SEASON 2):
The first season of this thriller featuring Bollywood actor Manoj Bajpayee drew attention for
its well-knit plot and brilliant acting. When the viewers got to know that it is being renewed for another season on Amazon Prime, the countdown began instantly. How will Srikant Tiwari execute his dual responsibilities — a doting father and a secret agent who prevents terrorist activities — will form an interesting watch.

ANGRY BIRDS: SUMMER MADNESS
The extremely popular video game that created even more hype after the release of two movies under the same banner, is all set to make its debut as a TV Series on Netflix this summer.
The adventures of three birds – Red, Bomb and Chuck – on Bird Island is an ageless admiration. Watch them keep the world safe in this series that’ll have 40 episodes of 11 minutes each.

ATYPICAL (SEASON 4):
Netflix’s much loved Gardner family is all set for the fourth and the last season on Netflix.
The series revolves around Sam Gardner who has autism spectrum disorder. From being obsessed about Antarctica and penguins to growing up in life, finding love and dealing with hardships in different phases, Sam’s journey will come to a full circle in the last 10 episodes. The previous seasons have been critically acclaimed and the expectations from this one are no less.

TANDAV:
Ali Abbas Zafar’s nine-episode series is an Indian political thriller that initially drew criticism for hurting religious sentiments. The show stars well-known actors from the industry such as Saif Ali Khan, Dimple Kapadia, Tigmanshu Dhulia and Kumud Mishra, among others. Hidden aspects of dirty politics are brought to the fore as manipulation, human greed and violence form the core of the central plot.

WANDAVISION:
Marvel fans who felt that everything came to an end after Avengers: Endgame, there’s still hope with WandaVision. The miniseries, aired on Disney+ Hotstar in mid-January, revolves around the lives of
Wanda Maximoff and Vision. The series features Elizabeth Olsen and Paul Bettany in titular roles.
The two superheroes who are trying to conceal their powers encounter the harsh realities of the modern world. Makes for a gripping watch for fans.

LUPIN:
Netflix’s Lupin has become a rage among binge-watchers as the show has all the right ingredients to draw undivided attention. The French show revolves around Assane Diop who is inspired by the adventures of the master thief of 1900s, Arsène Lupin. Diop aspires to avenge his father’s death who was framed for a theft by a wealthy family. The crime-thriller’s first five episodes came out in January while the remaining are expected to come out in mid-2021. 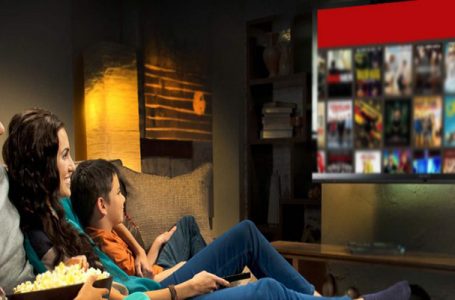 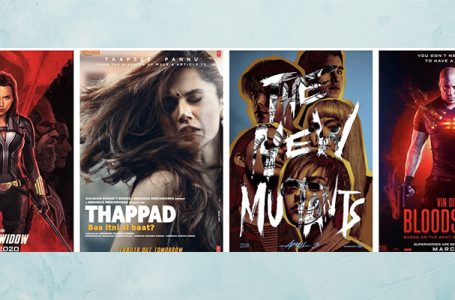 Big screen entertainment to watch out for...