The Mid-Autumn Festival is the second most celebrated festival in Chinese culture after the Lunar Chinese New Year. Around that time of the year,
my instant recollection is of my childhood when I was in Grade 6 – my primary school friends and I would be running around with lanterns in Chai Wan, making merry throughout the night. Through this feature, I’ll shed light on its origin, significance in the modern era and my experience.

The festival, celebrated in several Asian countries such as China, Hong Kong, Taiwan, Thailand and Indonesia, revolves around traditions that have originated from a fantasy tale. While there are many ancient tales associated with the origin, the story of Chang’e and Hou Yi is widely popular. According to the legend, there were 10 Suns in the sky that made life miserable for the inhabitants. The mystical emperor of China, Yao ordered
Hou Yi – an archer with tremendous capabilities, to shoot down nine Suns. With just one Sun left, there was stability in the environment and peace
was restored on land. For his efforts to save mankind, Yi was awarded an immortality pill (elixir) by the emperor.

When Yi left home to hunt down mystical beasts around the world, he left the elixir with his lover Chang’e. Using this window of opportunity, Peng Meng – Yi’s apprentice, decided to steal the elixir from Chang’e. In order to save the world and not let Meng get away with the elixir, she consumed the elixir herself. As soon as she consumed the potion, she started floating upwards and was transported to the Moon. Since she was separated from her lover, the festival is celebrated in remembrance of Chang’e. The Chinese worship the Moon to honour the sacrifices made by her.

Another interesting tale about mooncakes is that they were used by the Han revolutionaries to convey messages of an uprising against Mongolian rule. After years of struggle, the rebels were successful in their mission. Thus, mooncake became a symbol of inspiration for Chinese people as they brought an end to oppression from foreign invaders. As far as the filling and flavours of the mooncakes are concerned, a lot has changed over the years. Traditional mooncakes were made with lotus seeds’ paste and egg yolk. In present times, there’s a wide range of options that one can opt from.
There are different fillings, crusts, and cooking methods differ by regions such as Cantonese-style, Beijing-style and Shanghai-style, among others.

The festival brings back memories from the times when there’s wasn’t much to worry about and planning a perfect all-nighter with friends was the only priority. Since I studied in a Chinese-medium primary school for six years, I was the only non-local amongst other students. There were more pros than cons as I got to know how the locals celebrated the festivals. We would visit Chai Wan, light the lanterns and spend time with our families. After some time, we would go to the Cyber Game Centre to play Counter-Strike and Tales Runner for hours. At home, mom would buy mooncakes as an extra dessert to remind us about the festival. Just how we celebrated Diwali in India by lighting candles, lanterns are used in Hong Kong. Two distinctive festivals, yet the endeavour is to unite with your family and friends.

For thousands of years, the festival has been celebrated among friends and family who gather in an open area to observe the full Moon. While feasting
on mooncakes, people remember the sacrifices made by folks in the ancient tales and how one should be thankful towards others. However, I feel that
the festival is gradually losing its essence among the local community in Hong Kong. People are caught up with their busy schedules and rather than
being grateful and accepting towards the life we have been gifted, the approach is more mechanical and goal-driven. The symbolic mooncakes seem
to have lost their message as they have now become a business proposition. The original flavour can now be found among hundred other flavours as commercialisation has become the prime agenda.

Moreover, ethnic minorities are often uninformed about Chinese festivals and their participation is minimal; leading to a wider gap than what already exists in the society. A critical question that needs to be addressed is, who is responsible for this? Is it a flaw in the education system where this segmentation begins or is it the minorities who don’t consider themselves as a part of Hong Kong and don’t want to familiarise with its traditions?
While the answers are hard to find, I feel that using this festival as a metaphor to bridge the existing gaps and commemorate the sacrifices of mankind
is a practice, we should all follow whole-heartedly. 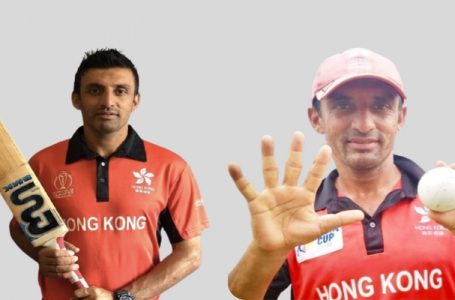 An educationist who broke all stereotypes 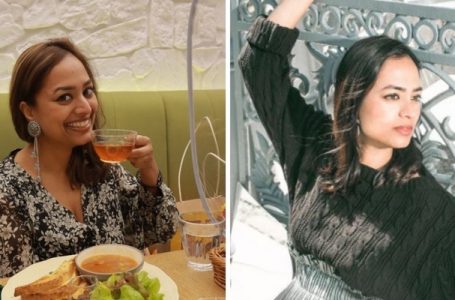