At present, the United States of America has the highest number of cases and deaths in the world due to COVID-19. How can such a developed nation that has advanced capabilities and a sound medical infrastructure collapse like that? If this thought crossed your mind, then further reading this article will elucidate as to what led to this situation. With 50.4% population fully vaccinated, the US is one of the leading countries in the world. However, as
of August 06, the country recorded 36,301,744 cases and 631,879 deaths. A privatised healthcare system, delayed and inadequate response at the early stages of the pandemic, federalist approach towards healthcare, biased healthcare policies and social media culture are some of the reasons that made the US bow down to the wrath of the pandemic.

Delayed and inadequate response at the early stages of the pandemic

The Donald Trump-led administration missed a golden opportunity to contain COVID-19 right at the outset. The first case of COVID-19 in China’s Wuhan was reported in December 2019. Weeks later, the World Health Organization announced the emergence of a new, mysterious COVID-related pneumonia that was limited to China at that point. By mid-January, the first case of COVID-19 was detected in the US. However, it was only in the first week of February that a public health emergency was declared, and a month later on March 13, a concern for a national emergency was raised. Both the WHO and the US government were at fault for the delay, which led to a worsening number of cases. The failure in raising awareness, creating necessary policies and taking relief measures has been one of the major contributors to the increase in the number of cases.

China, New Zealand and Hong Kong are some of the examples that raised a red flag as soon as the threat of an epidemic loomed. The country’s COVID-19 response is currently divided among more than 2,000 state, local, and tribal public health departments. During Trump’s reign, lack of management and data-driven research created a major void towards reducing the impact of the pandemic.

During the pandemic, many federal laws to combat COVID-19 were forcibly withdrawn due to different views of the state laws. For instance, mandatory masks, social distancing measures and the timeline of reopening of various establishments varied greatly between the two. This led to non-uniform assistance for states, funding and supply delays and insufficient testing as the federal government is limited in its ability to mandate a centralised course of action. By complicating the response towards controlling the pandemic, federalism became one of the factors to ponder upon.

The US administration has always been ill-prepared for any public health emergency due to its healthcare system and health policies. Biased policies, that have been in the system from the age of colonisation, have left out the majority of minorities as far as health insurance is concerned. It shouldn’t come as a surprise that most deaths were in Afro-American and Hispanic communities.

Notably, the US has the largest healthcare budget in the world — spending almost twice that of other wealthy nations. Yet, Americans have the lowest life expectancy, fewer medical workers per person and the highest chronic diseases in comparison to these wealthy nations. Approximately a quarter of the budget is wasted on unnecessary tasks that are backed by its strong capitalist values and profit-driven system. The healthcare system is based on a privatised mechanism, wherein most health insurances are administrated by private organisations instead of the government. Complicated insurance coverage has resulted in people opting not to add the burden of getting COVID-19 vaccines.

Interestingly, the US also has the largest public-funded health programme for the poor and elderly — Medicare and Medicaid. Yet, only 30% of these schemes cover minorities, especially the Afro-American and Hispanic communities which form 70% of the population below the poverty line. Since the introduction of public health in the 19th century, maternal and infant mortality has comprehensively been reduced. However, lack of investment and training in public health has led to an ill-prepared healthcare system to counter any epidemic let alone pandemic. The US currently spends only 2.5%
on public health, which is very low as compared to other wealthy nations. The majority of the health budgets are spent on clinical medicine as they are considered more profit-making.

A major contributor to the rise of COVID-19 cases in the US is social media. Anti-vaccination trends started gaining momentum during the peak of the second wave that led to many people getting infected. Theories started surfacing that revenue worth US$ 1 billion was generated by social media firms for running campaigns against vaccination. The misinformation spread over the internet made people doubt its efficacy and opt against getting the jabs.
It took a long time for the country to convince its inhabitants to get vaccinated and, even today, there’s still a long way to go. Although corporates’ incentives for those who are fully vaccinated, helped in increasing the numbers, people are still hesitant to get the vaccines.

Currently, the USA is recording 65,000+ COVID-19 positive cases daily and is trying to combat the fourth COVID-19 wave. The Delta variant accounts for an estimated 93.4 % of all the new cases as reported by the US Centers for Disease Control and Prevention. While the current administration has diverted most of the country’s resources on manufacturing vaccines and strengthening the healthcare system, people’s reluctance to get vaccinated and the federalist approach has made it difficult to eradicate the pandemic. 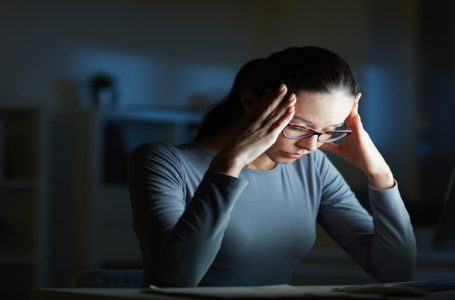 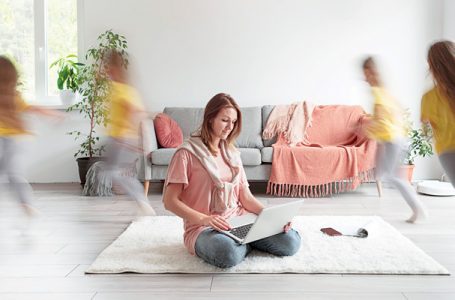 Work From Home: a trend that should... 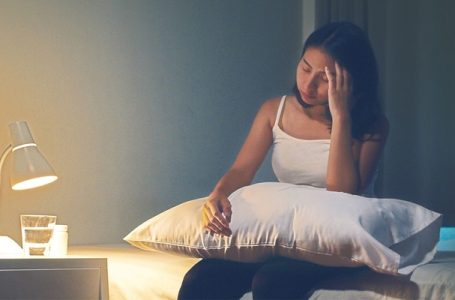 COVID-Somnia’s impact on sleep patterns and how...